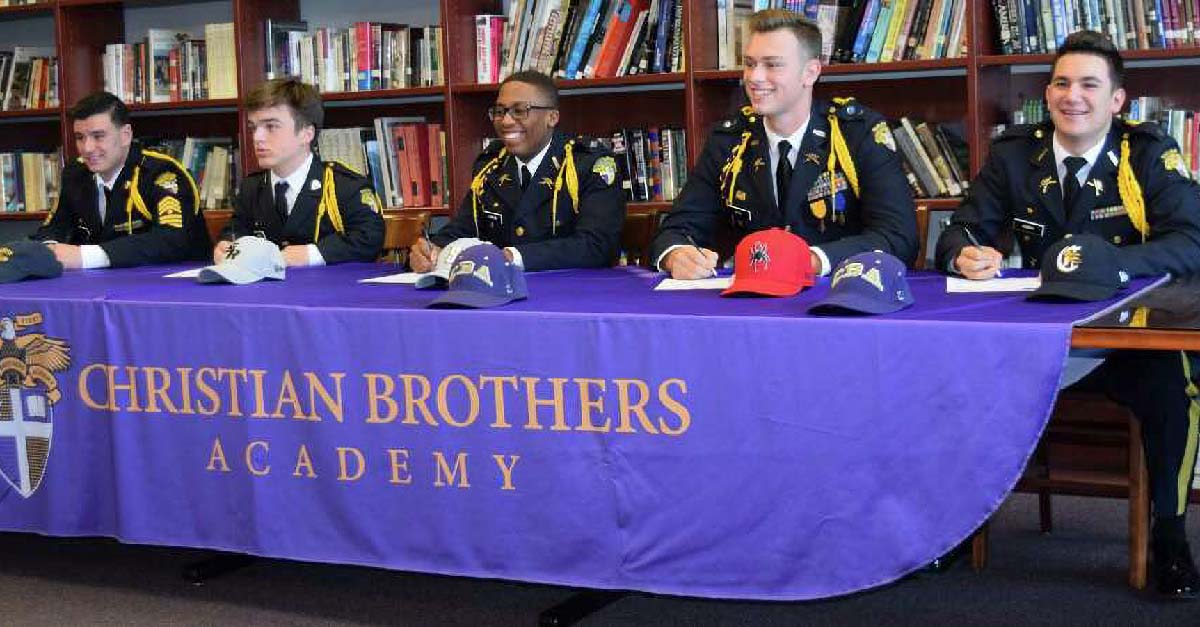 In my junior high of 1960, secrets usually had short lifespans and died grisly deaths. I blame it all on the rigorous Danvers rumor mill. A girl’s leaving school for several months meant only one thing: she’d gone to some “home for unwed mothers,” had put the baby up for adoption, and would return the next year. Maybe. And when an older teacher was absent for an extended period, requiring a revolving door of substitutes, we all knew she was a goner. Of course, few could resist turning such rumors up a notch. The older teacher had the kind of cancer that had eaten up her face. The girl who was sent away had given birth to a kid with pointy alien ears. Nancy Pond’s boyfriend Steve Leck accidentally hanged himself, trying to impress her with his muscular neck muscles.[1]

While rumors could be confusing, the basic truth was there. You just had to scratch deeply enough.

Paul Dabuse was indeed absent from school, and for a good reason, but that didn’t stop wild rumors from erupting like a stepped-on tube of Testors glue. Many different contingents advanced their own theories.

One contingent was big on illness. “Heard it was leukemia. He’s wasting away to a stick.”

Accidents were popular. “I heard he got smacked by a train on the B&M line. Someone dared him.”

Surprisingly popular was the devout contingent. “It was the devil. He made a bargain with Satan and the devil took his soul. Body, too, looks like.”

We soon found out what it really was. And it wasn’t because we’d gotten the straight dope from Vice Principal Mr. Picard about Paul. We didn’t bother asking.

So at recess, Benji and I located Paul’s cohort Timmy under the fifteen concrete steps that lead up to the gym. Kids went there to smoke and to tell dirty jokes, and some went to express themselves. Graphically, that is, and I’ll get to that.

He shrugged. “How should I know? Been looking myself.”

Benji pretended to look around the small space. “Oh I get it. You thought he was here.”

“What d’you guys want?” He was vigorously sandpapering the wall, like he’d been told to get it done in five minutes or else.

“The hell you doing there?” said Benji.

“Paul doesn’t like this writing about him. I mean himself. Or, I mean… oh what the fuck.”

He kept rubbing at the words “DABUSE IS A DiNK,” but he couldn’t remove them with the rapidly shredding sandpaper. It was a daunting task. They were in all caps. Stray dotted “I’s.” Spikey, like the letters a young child draws with a stick in the sand just as the tide’s coming in. Most notably, the letters were seldom drawn in chalk, the logical choice. They were carved on the brick with a sharp rock, and that meant semi-permanence. The letters I’d carved months ago, “Shithead Shears,” were still there, crossed through with one feeble line.

Benji smirked. “You mean the graffiti. They call it graffiti, you know. Another one over here: ‘DABUSE SUCKS DiNKS.’ So which is it? Sucks dinks or is one? I’m confused.”

Timmy snarled at Benji and quickly started working on this new slur.

Benji moved close and folded his arms imperiously, right next to Timmy’s chin. Then he smacked his fist into his palm a couple of times, really loud, like he’d been practicing to get good at it. Probably saw some gangster do it on Naked City.

Timmy stopped rubbing. “Went on a trip with his old man.”

“Don’t know ‘bout that. They went to look at schools. For Paul.”

Paul’s father, who’d been notified by mail each time Paul was slapped into detention (school policy), may have decided his bellicose son was hurting business.

It was probably only a matter of time before Paul beat up the son of a prospective home buyer, so his realtor dad ended up dragging him on a Northeast road trip to – military schools!

It could have been this one: Christian Brothers Academy in Albany, New York. Recently “ranked the sixth best military school in America,” it’s known for its “heavy emphasis on military-style leadership development.” Probably didn’t matter the Dabuses weren’t Catholic.

“Someplace else too. Don’t ask me.”

Benji leaned over and shouted two inches from his face. “So whyyy, Timmy? Why they do that?”

“We will, if you don’t tell us,” I said. I was starting to get into this gangster lingo.

“Well maybe his old man was super pissed at these long-distance phone calls Paul been making to ‘someone out west.’ He asked me if I did it. I couldn’t believe it! But the more he said ‘no,’ the more he got called a liar.”

“Holy shit.” I laughed so hard there were echoes under the steps. “What a riot!”

Apparently, Paul had just painfully learned Channing Johnston’s “First Rule of War Between Parents and Kids.” If an incident falls between you vigorously denying it and them vividly imagining you doing it, give up. You’re a dish rag in an oil spill. Nothing you can say or do will have any impact.

Benji was probably smirking like he always did, but I could not stop laughing. It was like the first time I ever read Mad Magazine. My sides hurt. Paul getting driven up and down the coast by his grumpy father, touring military schools. Wish I’d been a bug on that car’s ceiling.

Timmy must have thought I’d been laughing at him, because he elbowed me in the ribs and shouted “you bastard!” It took me completely by surprise. I’d never been elbowed that hard before; it must’ve been something he’d learned from Junior Karate magazine. My fight with him didn’t amount to much: I just dragged him outside the steps, got him in a headlock and stuck his ear in the mud. Was it my fault I didn’t see Picard advancing at a businesslike clip?

“Uh oh,” said Lois Howell, as we got dragged past her and her klatch of snoots. “That’s going on their permanent records. No college’ll ever take them.”

Picard’s tactic for breaking up fights: collar the kid who was winning. Since I was obviously that kid, I had to write the punishment essay. It was entitled “Reform School, First Stop to Prison.”

Looking straight into Picard’s eyes, Timmy lied. “Peter was being mean to the kids in special.[3] I was just protecting them.”

Timmy replied, “Didn’t do anything wrong, did I? Shouldn’t I be getting a medal or something?”

Pickard believed him and generously rewarded him with a thin smile. He also received a get-out-of-jail-free pass. What I learned from this incident was not to fight in public or you’ll get caught. Either do it behind something huge like the great oak tree or do it off school grounds.

I wish I still had my punishment essay, but I do remember my intro: “People think reform school is where bad kids get reformed. Sometimes they don’t.”[4]

I certainly didn’t get reformed. But there were repercussions I didn’t foresee.

With detention over, I biked home and gulped the cool gusts of freedom whizzing by me on Pickering Street. That’s over with.

But it wasn’t. As I parked my bike in the garage, I saw my mother sitting on the top porch step. At this exact moment I learned that whenever you’ve served detention, your parents are also notified by phone. Immediately.

Her eyebeams hooked me like a codfish and reeled me in.

“We’re having a little talk, you and I, mister.” Whenever my mother called me mister, it didn’t mean I’d inexplicably shown sound adult judgment.

We went inside. “Thrown in detention for fighting, huh? Oh, give me strength, give me strength. I don’t know where to begin. Let’s start with Gidge Pratt. Remember her? Lives right next door? Bet she’s told all the neighbors about you by now.”

“Sorry? Sorry? Sorry’s not good enough, bud. Plus, you must have forgot fighting’s a sin! Jesus is the prince of peace. He doesn’t approve of you solving things with your fists. Too late now. Tomorrow he’ll expect you in confession.”

“’Yeah but nothing! Get out of my sight. Go to your bedroom. Your father’ll have a talk with you the minute he gets home.”

That was the beginning of my slow-motion two-hour wait. I was in my bedroom reading “The Adventure of the Blue Carbuncle” and was just about to find out what a carbuncle was when my father flung open the door. He stood at the threshold, arms akimbo like Steve Reeves in Hercules Unchained.

“What’s this about you fighting in school today?” he said in a booming voice. Loud enough for Mrs. Pratt to hear.

He closed the door and approached the chair I was sitting in. “Stand up.” Oh boy, is he going to smack me so hard I fall over? Maybe if I positioned myself right, I could land back in the chair, like in the movies. I stood up.

He leaned over closer. I braced myself.

Later I overheard him say to my mother, “Gave him a good talking to. He’ll not do that again.”

A week later, Paul reappeared in class, vastly changed. Seeing all those military-school kids so impeccably dressed must’ve impressed him, because suddenly he was working full time on his image: buttoned-down collar and spit-shined shoes he’d even attached metal cleats to. You could hear his steady tick-tick-tick down the hall like the crocodile who’d swallowed the clock in Peter Pan. And he’d combed his hair like Beaver Cleaver’s older brother Wally (Tony Dow) in D.A.[5] style.

He’d bought a new belt with a wolf’s head buckle (we called it “the pooch”) and put flaming skull decals on his bicycle, refusing to tell us where he got them.

Plus he no longer picked fights, which came as only a slight surprise.

“Doesn’t want to get his shoes dirty,” said Steven Wright. “Hey, I wouldn’t either.”

Or it was possible his father’d cut him a deal: “All right. You stop fighting, no military school.” Who can know? Somebody said he couldn’t handle bullying and hair-slicking at the same time. Might have been me, I don’t remember.

Peter Bates is a writer and photographer living in Florida. He is the administrator of this blog and also runs the blogs Stylus and Hdrbodegaphoto. View all posts by Peter Bates